The second FGC game is Energy Impact. Every match teams would randomly be paired to form alliances of 3 teams and work together against a different alliances to generate the most energy. Again teams were only allowed to use parts from the robot kit they received at the start of the competition. The team was allowed to have a driver team consisting of up to four members. These members would fulfill the roles of the team captain, the human player and the two drivers.

During the game there are five main ways to generate energy, The Combustion Plant, The Reaction Plant, The Wind Turbine, The Solar Panels and The Coopertition Bonus. To earn points you need to use cubes. There are two types of cubes. Powerline cubes and fuel cubes. To generate points with the ways mentioned above, you first need to deliver a powerline cube to the alliance powerstation. The cube then needs to be placed in the corresponding slot by a human player, to connect the powerline. 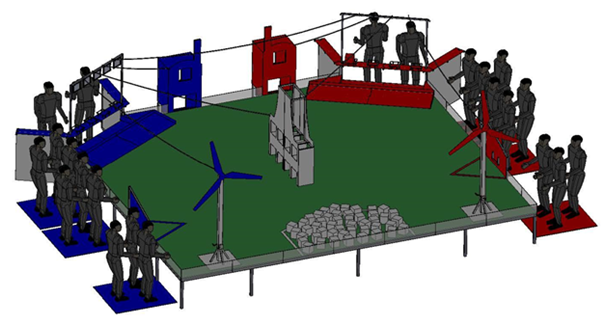 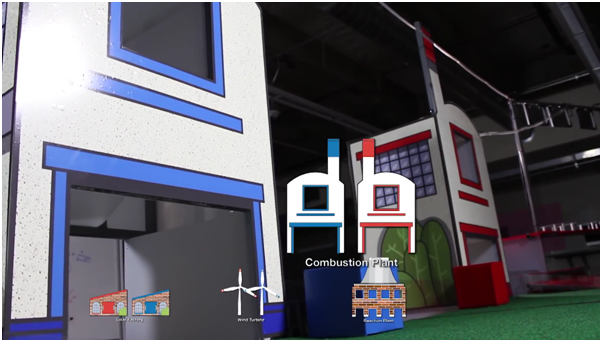 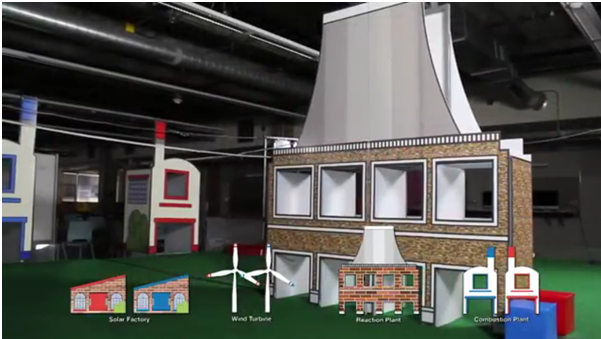 The Wind Turbine:
At the alliance wind turbine, the team will have to make sure they connect it using a powerline cube. After that, the robot can start it by spinning the starter crank at the base of their alliance’s windmill. Once the crank has rotated three times, the wind turbine will be spinning to indicate that it has started to produce power. When started, the wind turbine will generate one kJ per second for the remainder of the game. 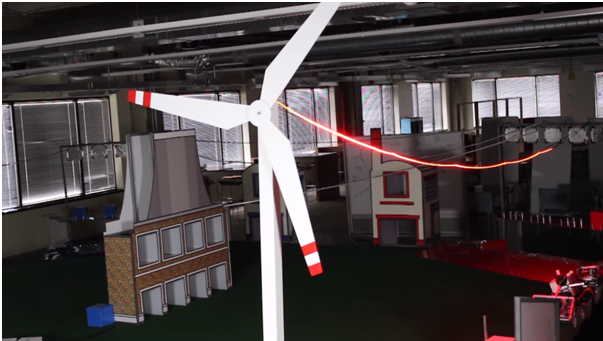 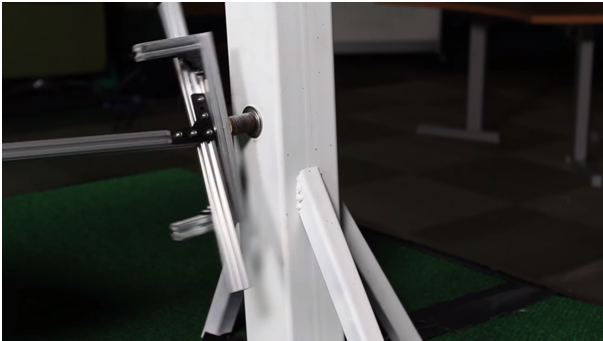 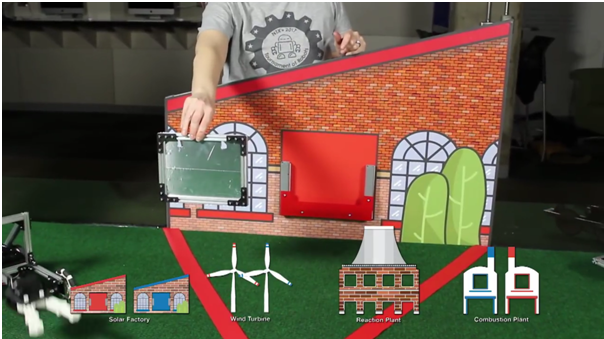 At the end of the game, alliances can gain additional points by parking their robots by the alliance power station. Alliance’s will receive 15 kJ for one robot, 30 for two and 50 for all three robots. 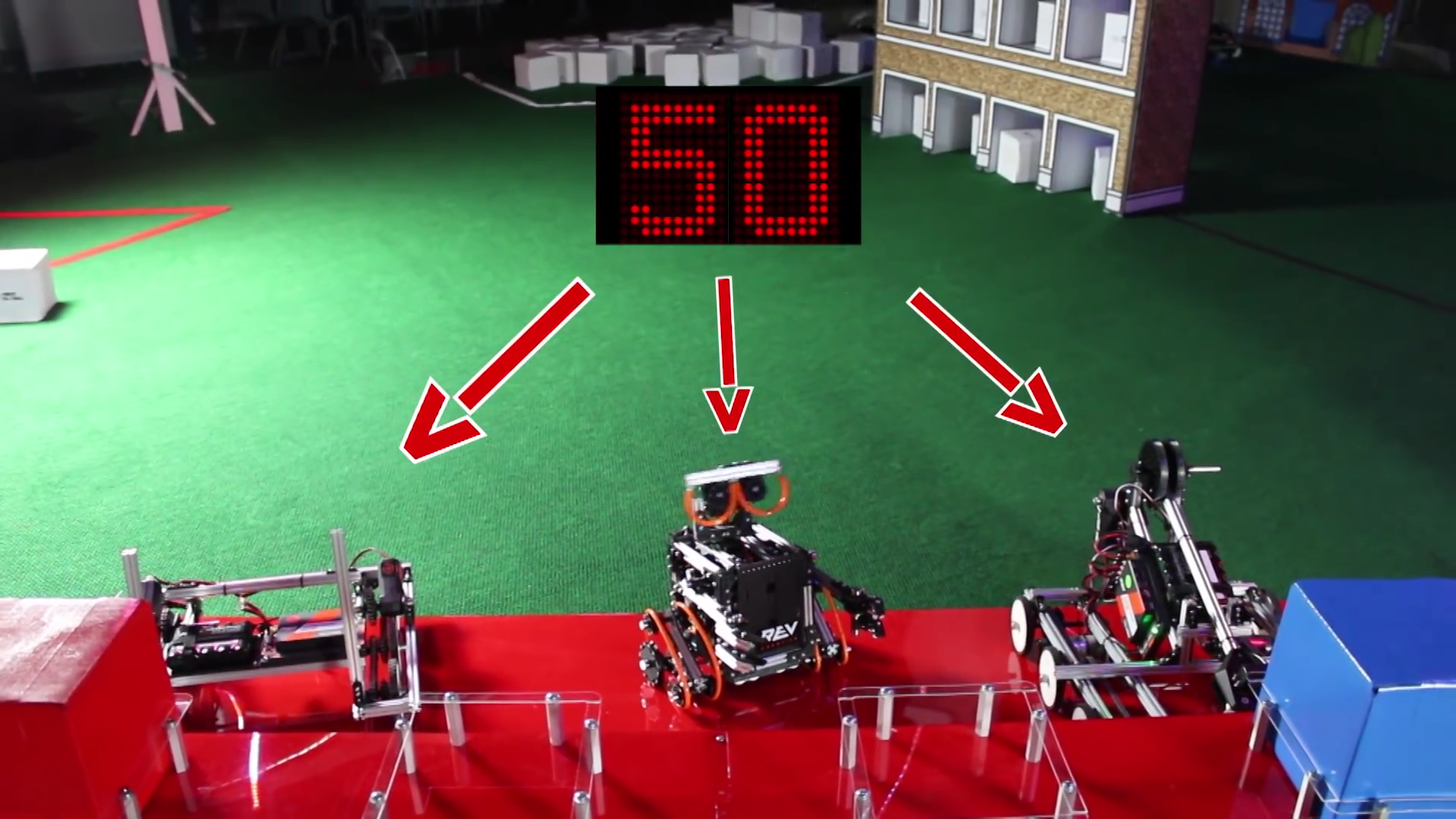 If you want more information, you can click here to go to the game manual.