Mario is made of the the same frame as Under Pressure, our 2017 FRC robot. We made it from the same frame because we were very understaffed, so we didn’t have time to develop a whole new design and this frame was actually perfect for this years game. 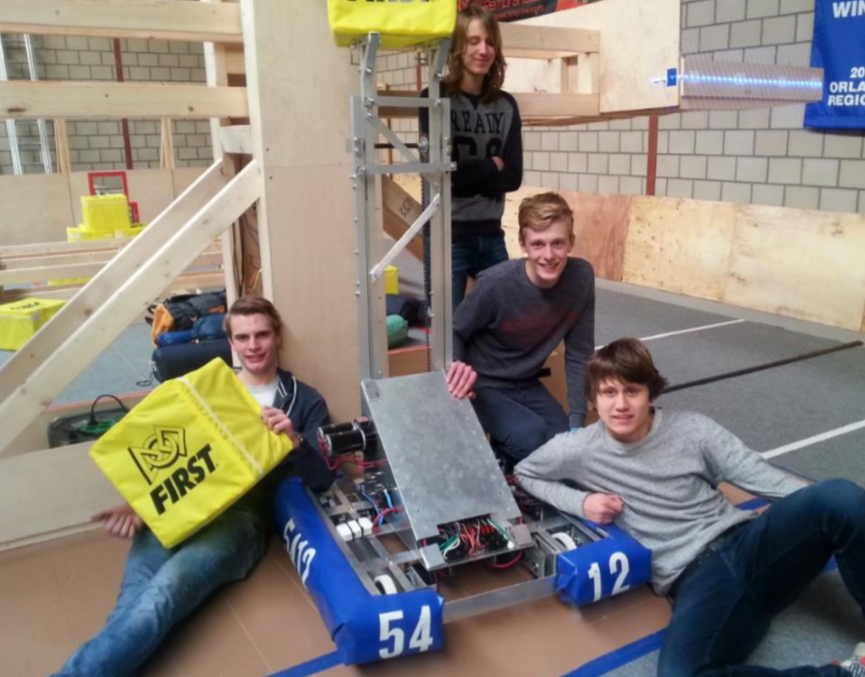 The drive train is from the same frame as the drivetrain for SteamWorks and it turned out that it worked great for this year’s game. The only difference with last year’s drive train is that we now used our own designed gearboxes and made another wheel configuration with 2 traction wheels at the back and 2 omni wheels at the front. We choose to use this wheel configuration because we used this on our FGC robot and we really liked it.

We have made a prototype of our own intake, but eventually we had to ditch this plan because it was to complex given the time we had. At the regional we were helped by some team members of Exploding Bacon, whom we are very grateful. Their design is based on a polycarbonate milled frame which hangs in a spring-loaded fashion to collect the cubes. For the wheels we used compliant wheels, this is to ensure the intake has enough traction. 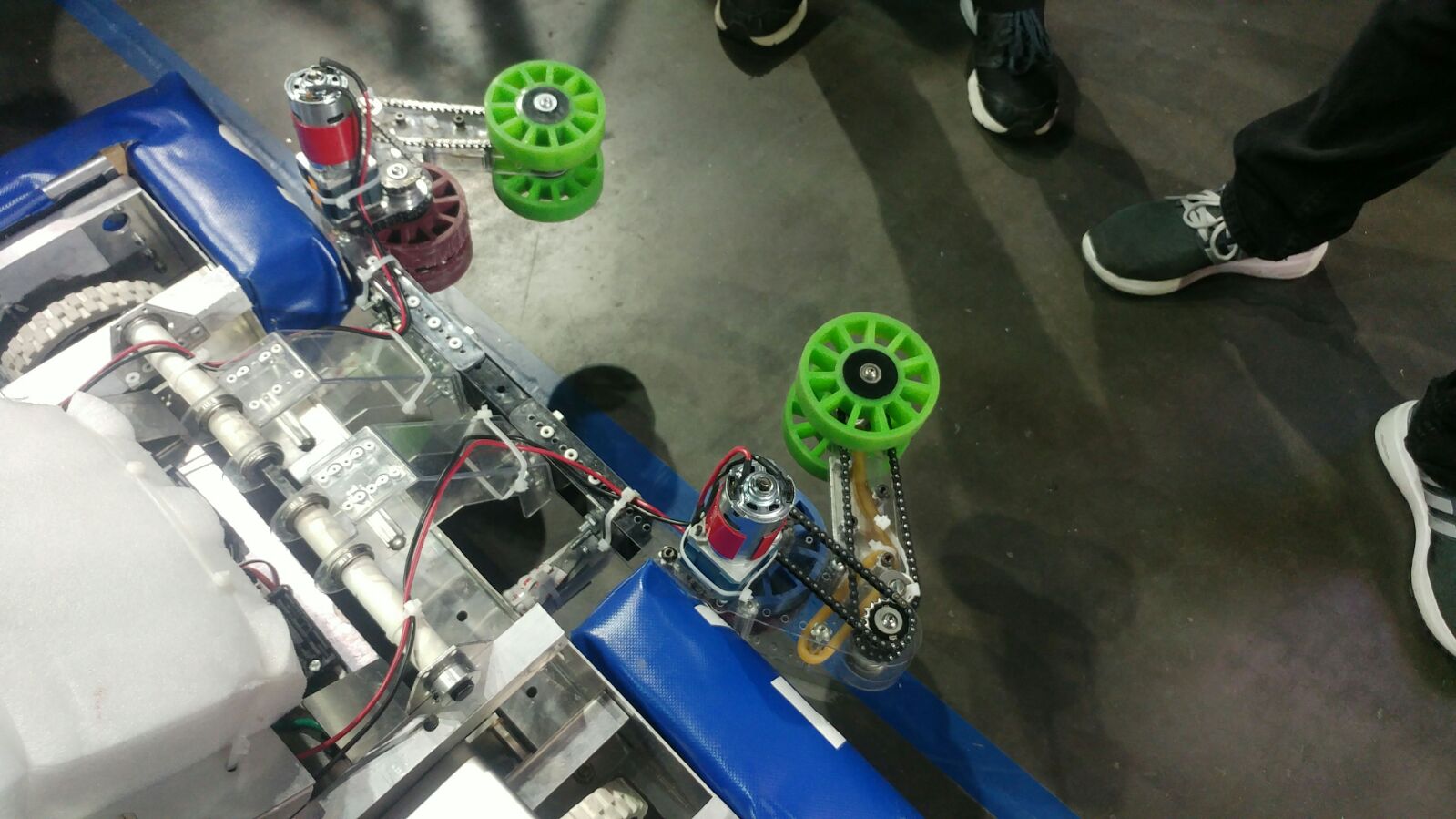 For our climbing system we used a forklift like system which is very simple to implement. For the actual lifting we used a chain and bicycle sprockets, which are much cheaper than industrial sprockets and chains. Originally we intended to attach the intake to the lifting system to be able to deposit the cubes to the scale but considering the time schedule we decided against it.