We had a great rookie season and we continued with good spirit into our second season with the game FIRST Stronghold. Last year we had a robot build almost completely out of material from the home depot. To improve ourselves we wanted to completely pre-design and calculate the robot design before we made the final build. To achieve this we had to find partners who could support us in doing so. During the pre-season we found two awesome companies who wanted to support us. With this collaboration we made a beautiful robot. 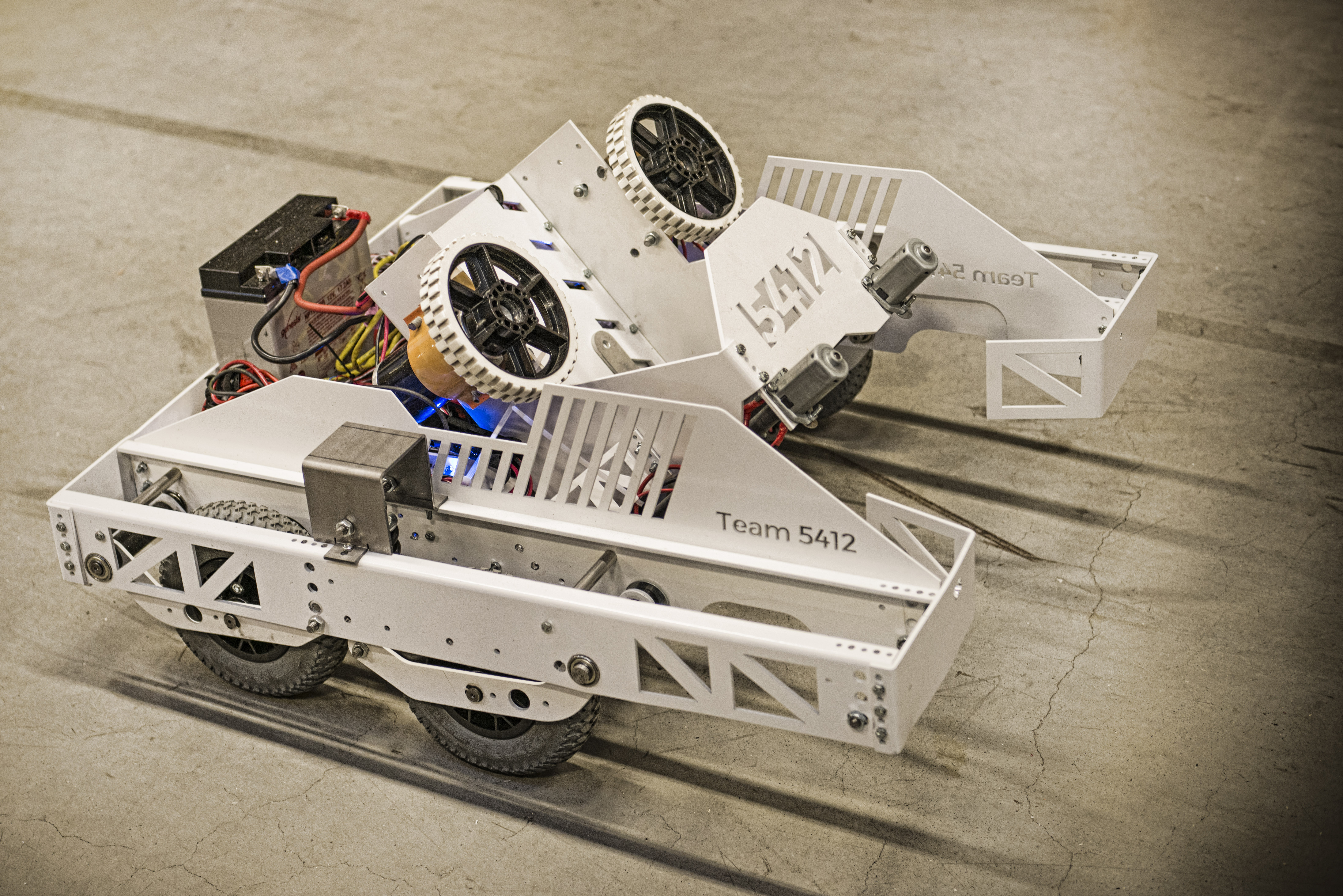 In the last weekend of the building season we had a scrimmage with the other European teams. During this weekend we had a discovery that our beautiful design did not work properly. The robot had a wheel base that was not capable of turning, at least not with a somewhat acceptable turning circle. So with the help of the other team we made some last ditch efforts to fix the problem. We succeeded but it was still far from optimal. 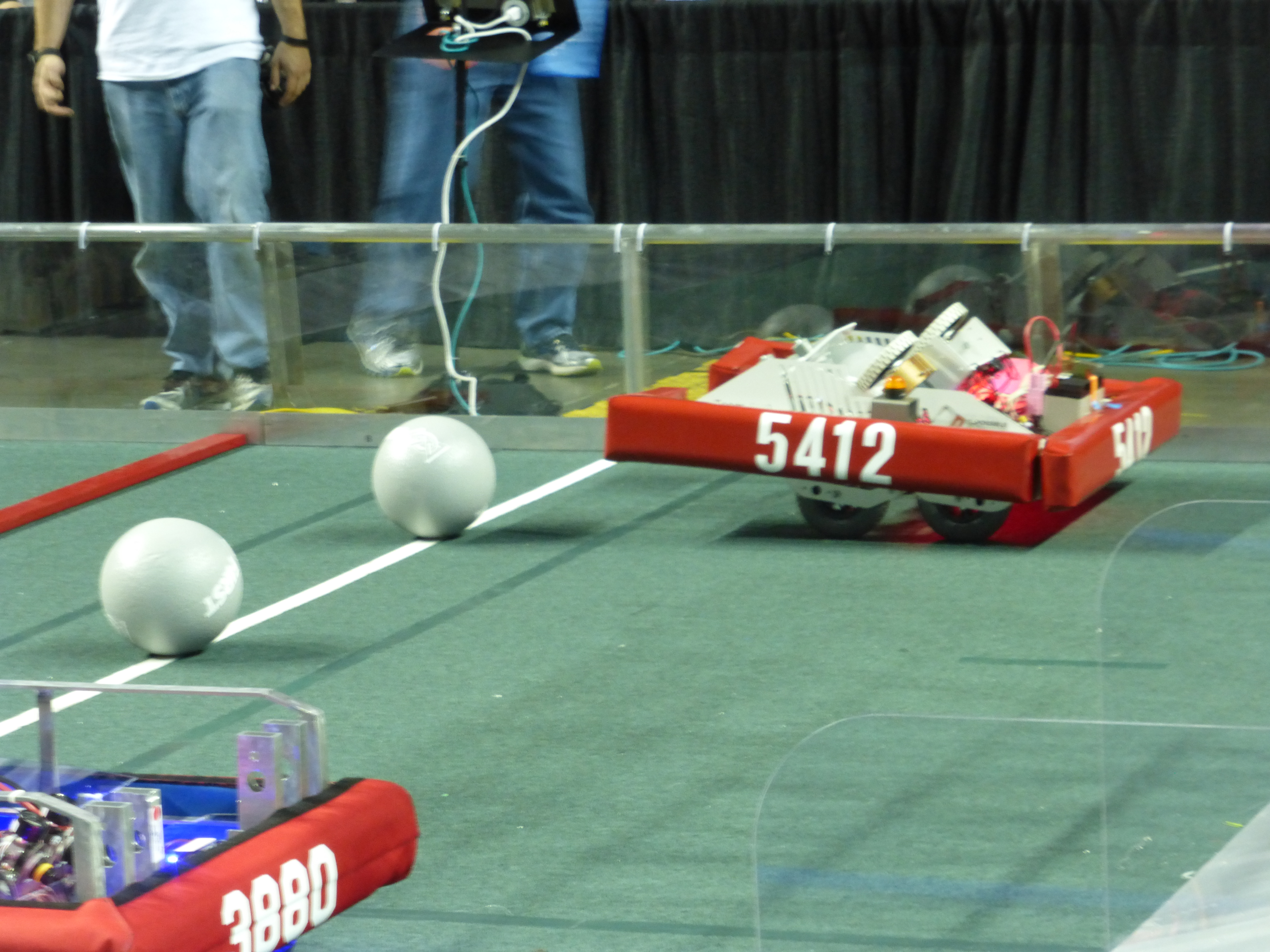 During this season we made great progress in the design process. But we made some fundamental errors that had to be corrected last minute. Therefor we want to test our ideas better before we put them in the final design in the coming seasons.