This years challenge is called FIRST POWER UP. The game has two main goals, putting power cubes on top of platforms that vary in height and climbing a bar. The game starts with a 15 seconds autonomous phase. After that the driver team must control their robots.

The field consists of two sides. On either side there is a switch and in the middle is the scale. The switch and scales have two platforms, one for each alliance. By placing Power cubes on the platforms you can tip it in your favor, giving ownership to your alliance. If you own the scale or your alliance switch you will gain points over time. The scale is higher, making it harder, but also sometimes more rewarding to put cubes on. 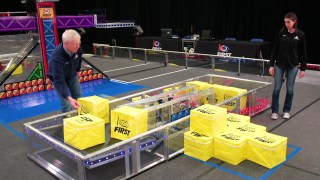 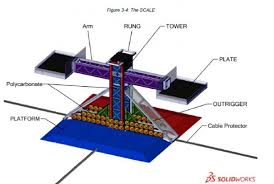 In the last 30 seconds the teams can climb on a bar to gain points, if all three robots climb, they gain an additional ranking point. The bar is fairly small meaning that it is very hard to get all three robots to climb. Because it gives a high amount of points and especially because of the bonus ranking point, teams will have to get creative and find a way to get all three robots of the ground. That’s why certain teams try to let other teams climb on them. For example by putting a second bar on the back of their robot so a different robot can climb on top of that. Or by extendable platforms on the side of your robot, so your alliance partners can drive onto them. Meaning that if you climb, you take both robots with you. These strategies can prove to be very risky as you (and your alliance partners) could fall or break. Still the reward is very high. This is also why the Levitate power up is considered to be so strong. 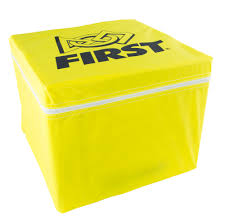 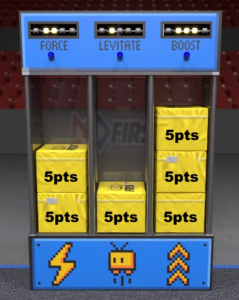