The challenge of 2016 was called FIRST Stronghold. The game has three main parts. The majority of the match teams had to shoot boulders into the castle and overcome obstacles. At the end of the match robots had to climb on a bar. the first 15 seconds the robot is autonomous, after that the driver teams must control their robots.

On each side of the field there is a castle. The teams must shoot balls (boulders) into one of the two goals on the castle. The high goal is harder to hit, but gives more points. Alliances may only have one robot at a time defending their castle. 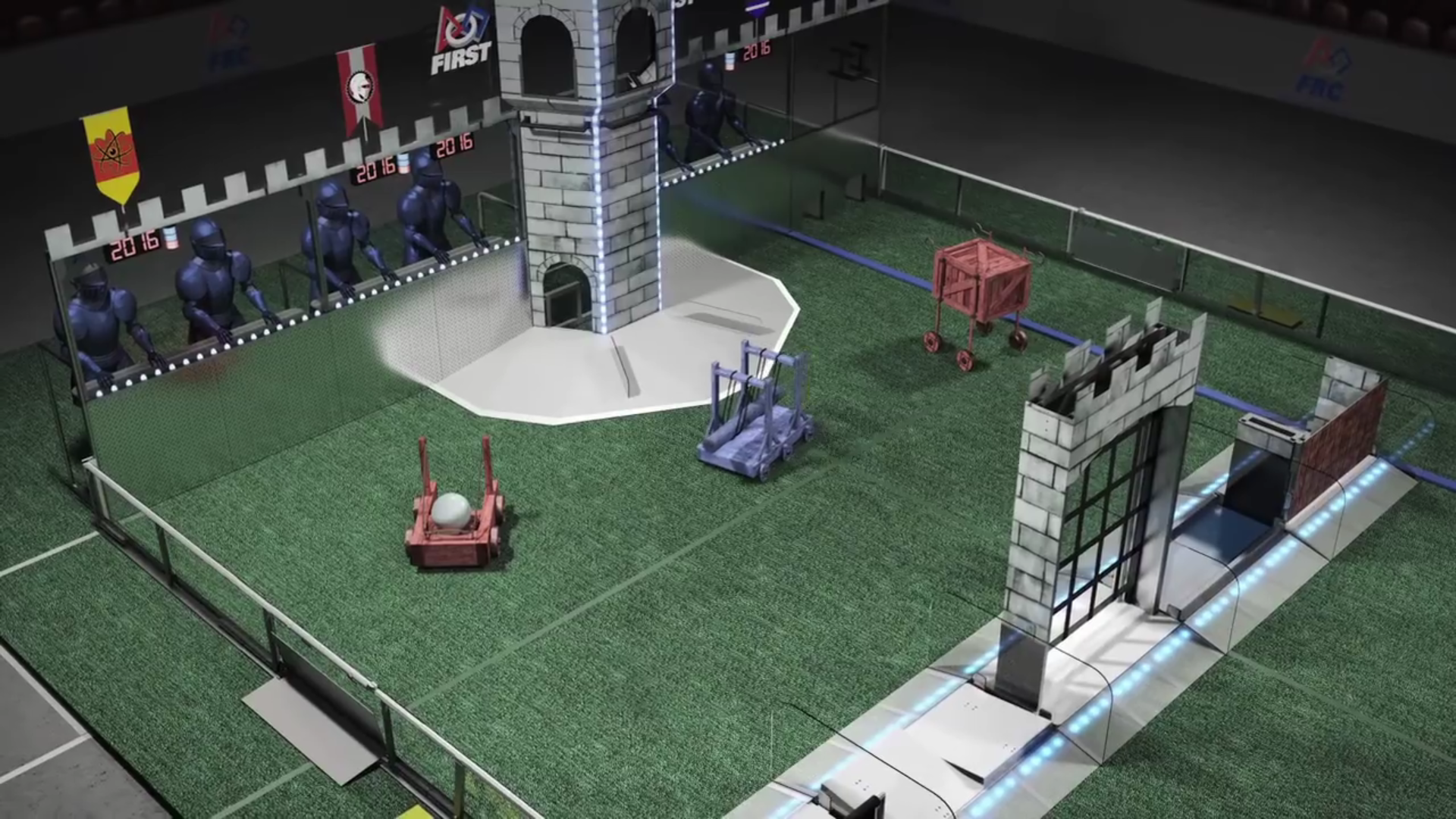 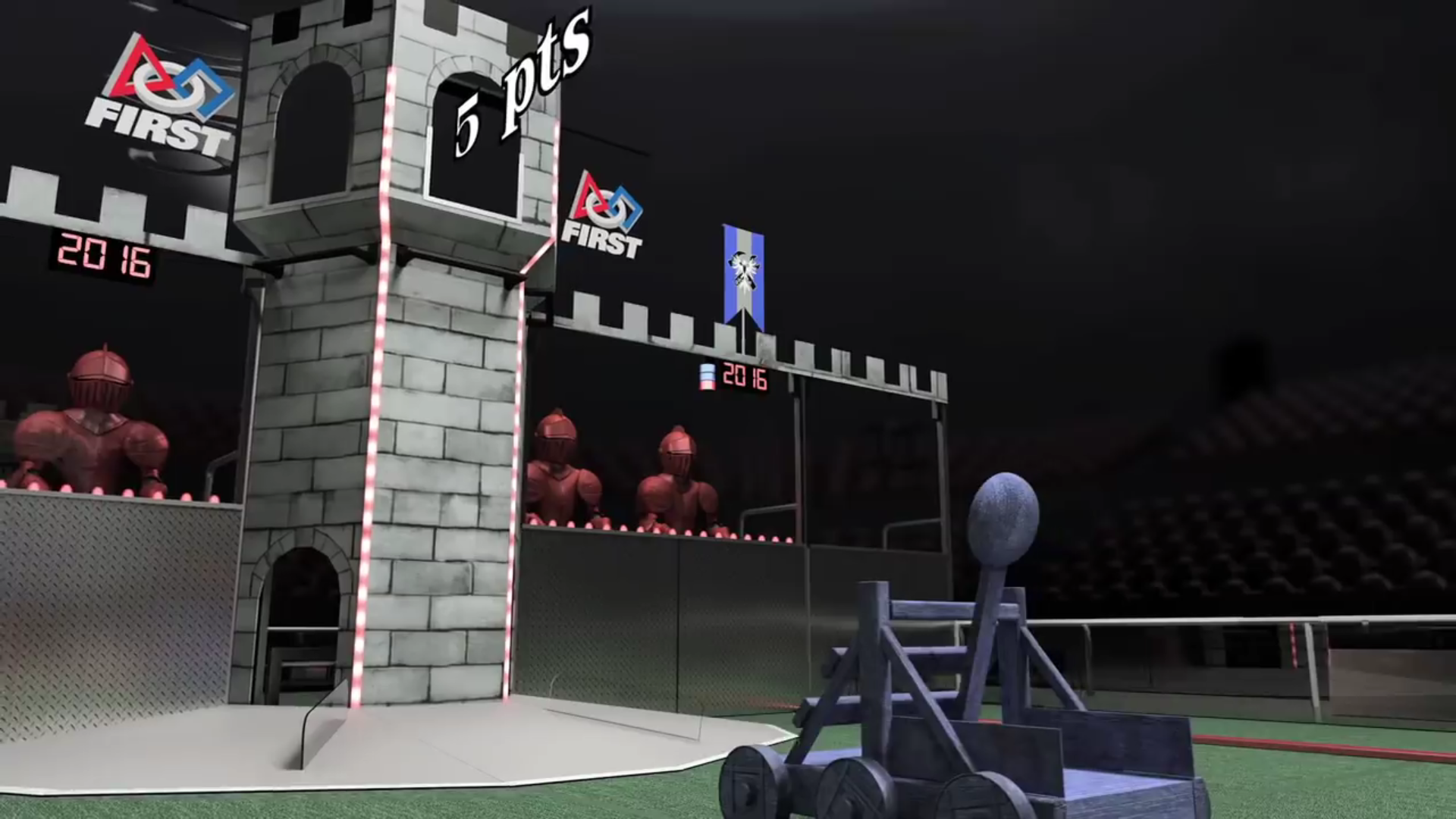 The are also two rows of obstacles. One for each alliance. Overcoming an obstacle gives points, if an alliance overcomes four out of five obstacles in the enemy row, they gain additional points as well as a ranking point. 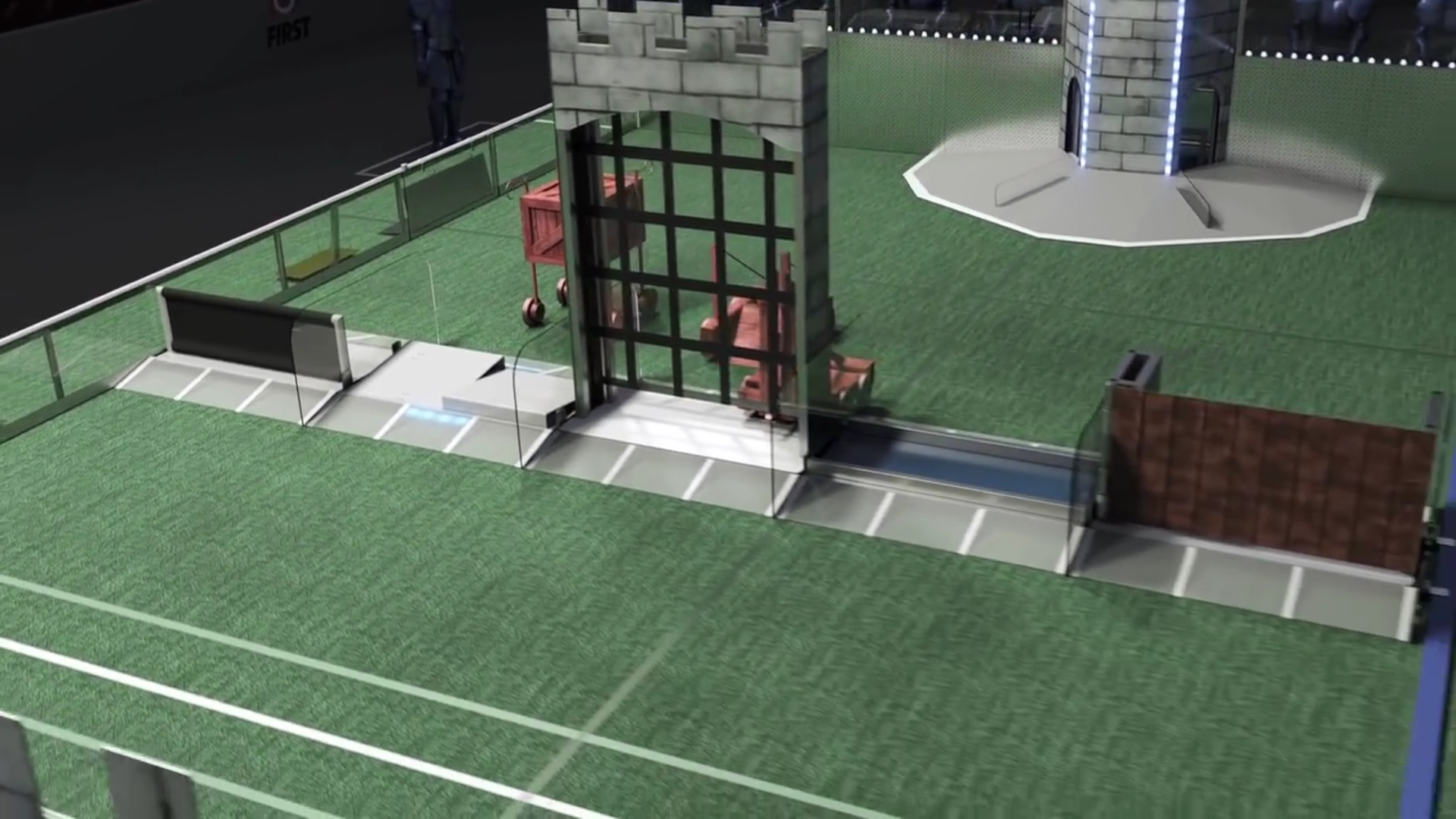 If enough points are scored in the tower, the opponents flag will drop, showing that the tower is weakened and can now be captured at the end of the match by surrounding it. during the last 20 seconds, robots can climb up for additional points. If an alliance captures the tower they gain more points as well as a ranking point. 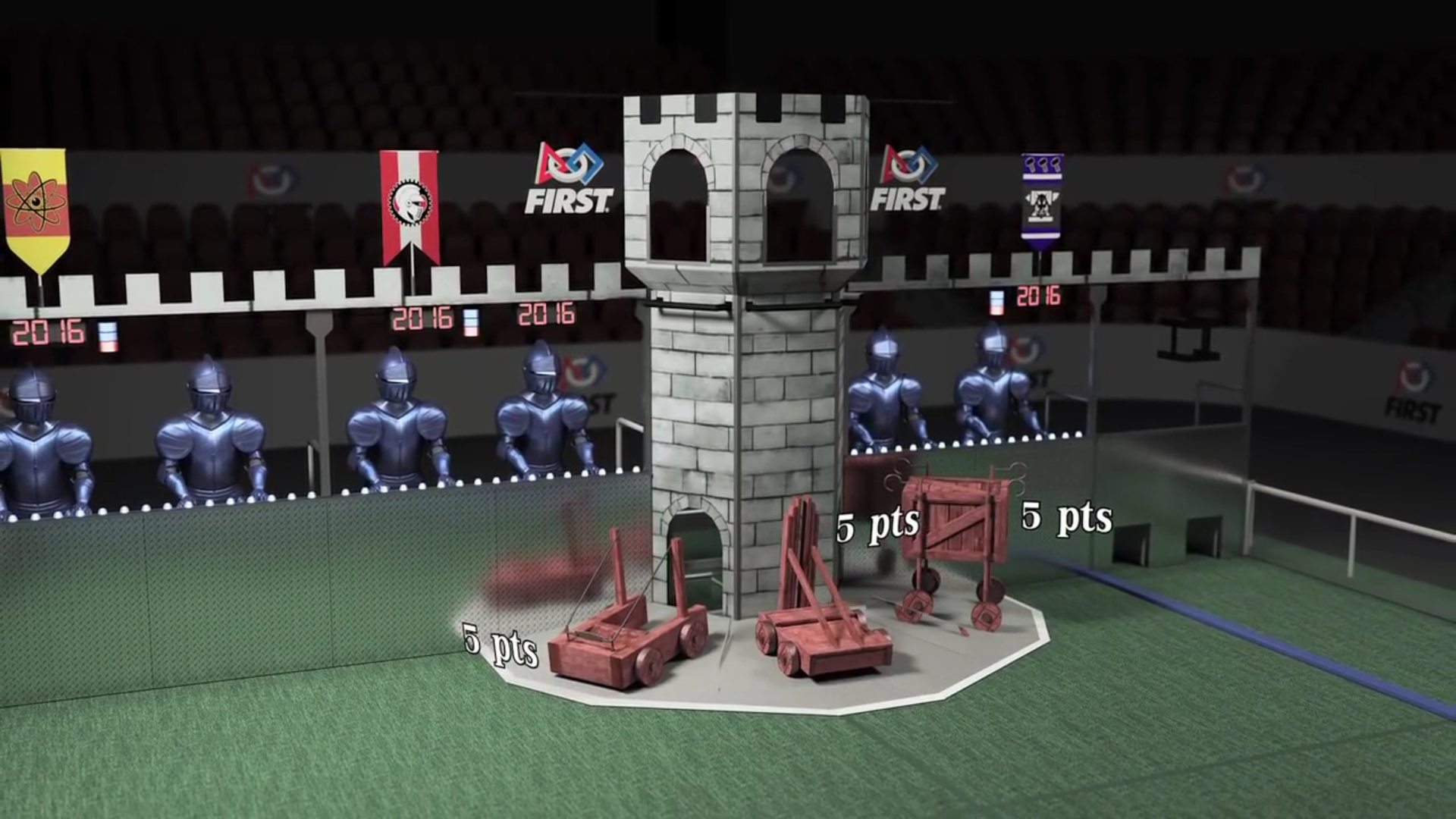 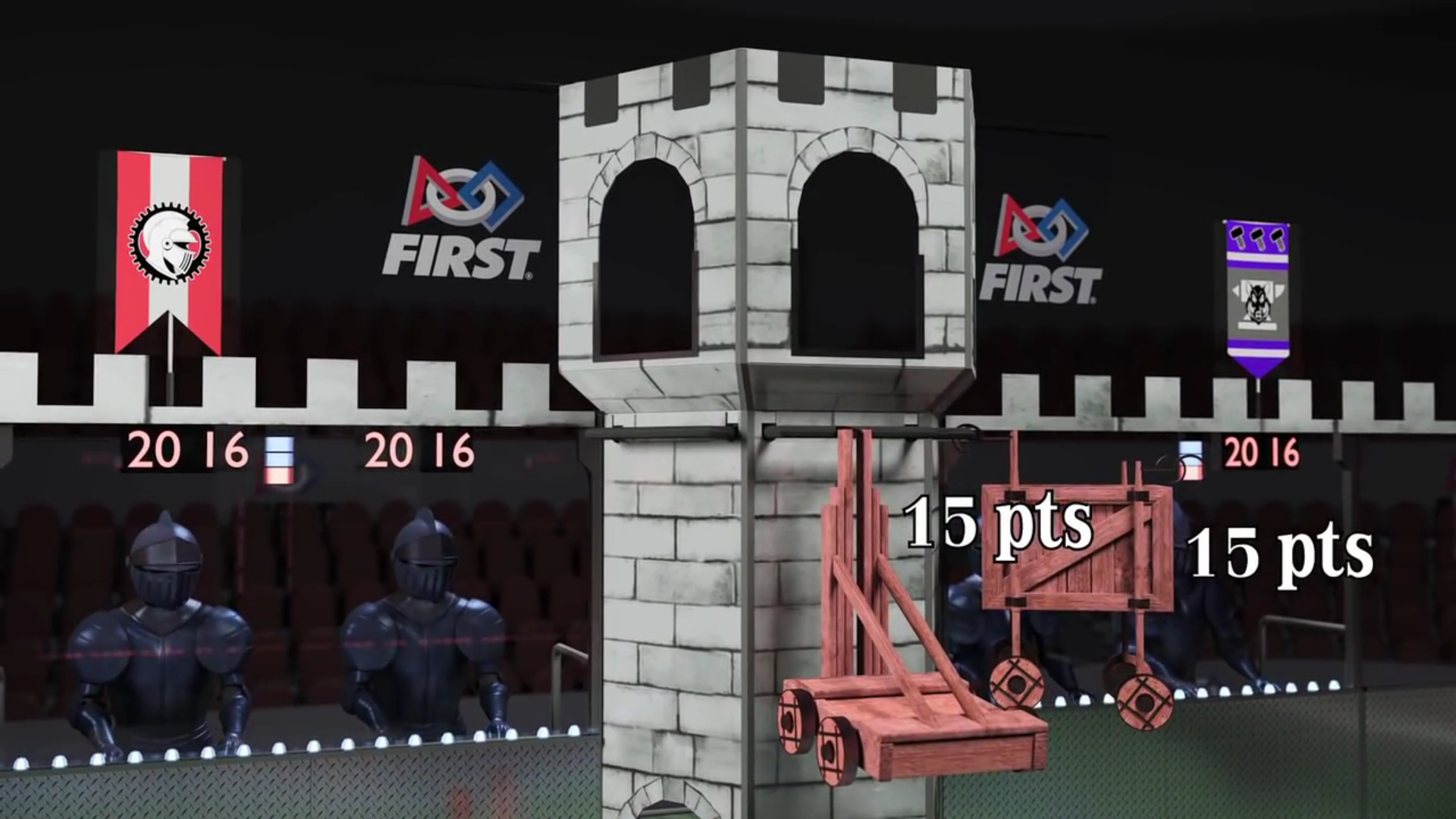