The challenge of 2017 was called FIRST Steamworks. The game had three main parts. The majority of the match teams were delivering gears to the airships and shooting balls into the fuel tanks. At the end of the match the teams must climb on a rope. the first 15 seconds the robot is autonomous, after that the driver teams must control their robots.

On each side of the field there is an airship. The airships are were teams deliver the gears. the gears can be obtained from the alliance station. The gears must be placed on a hook, which one of the two human players located in the airship can then hoist up . The gears must be placed in a specific place so that if you have enough gears you can turn them and make the rotors of the airship rotate. Each rotor takes an increasing amount of gears, and only the turning rotors give points, not the gears itself. 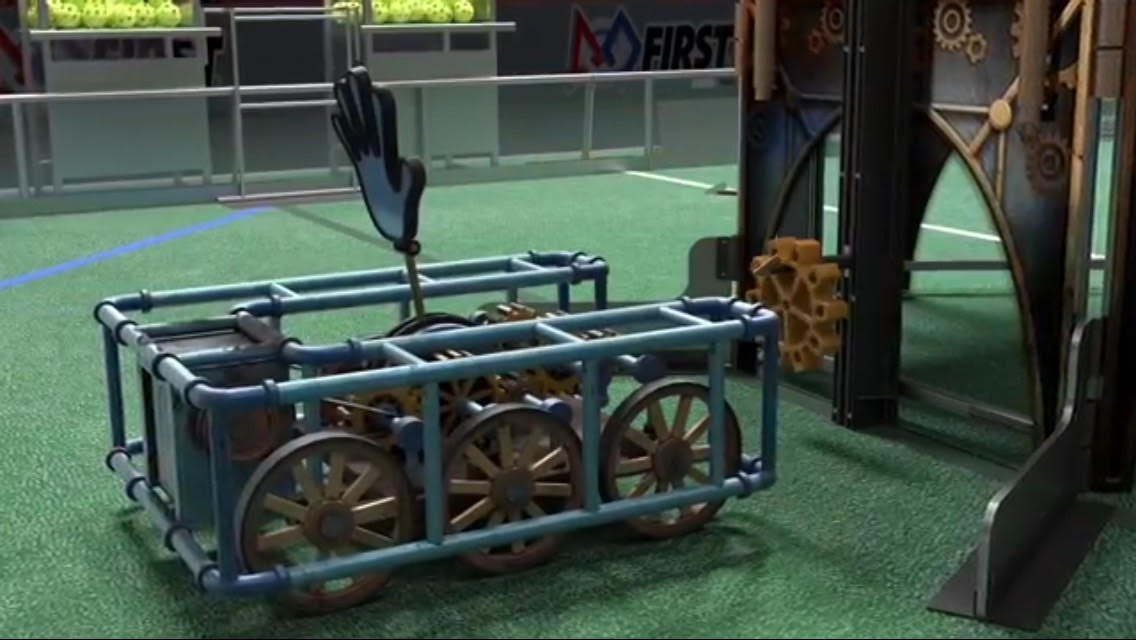 On the side of the airship there are also the ropes. ropes are to be deployed by de humanplayers so the robots can climb on them at the end of the match. Robots must climb up to push in the button at the top and turn the light to green, only then does their alliance gain points. Human Players must always remember to deploy the ropes, as climbing gives a high amount of points and it could cost you the game, would they forget to do it. 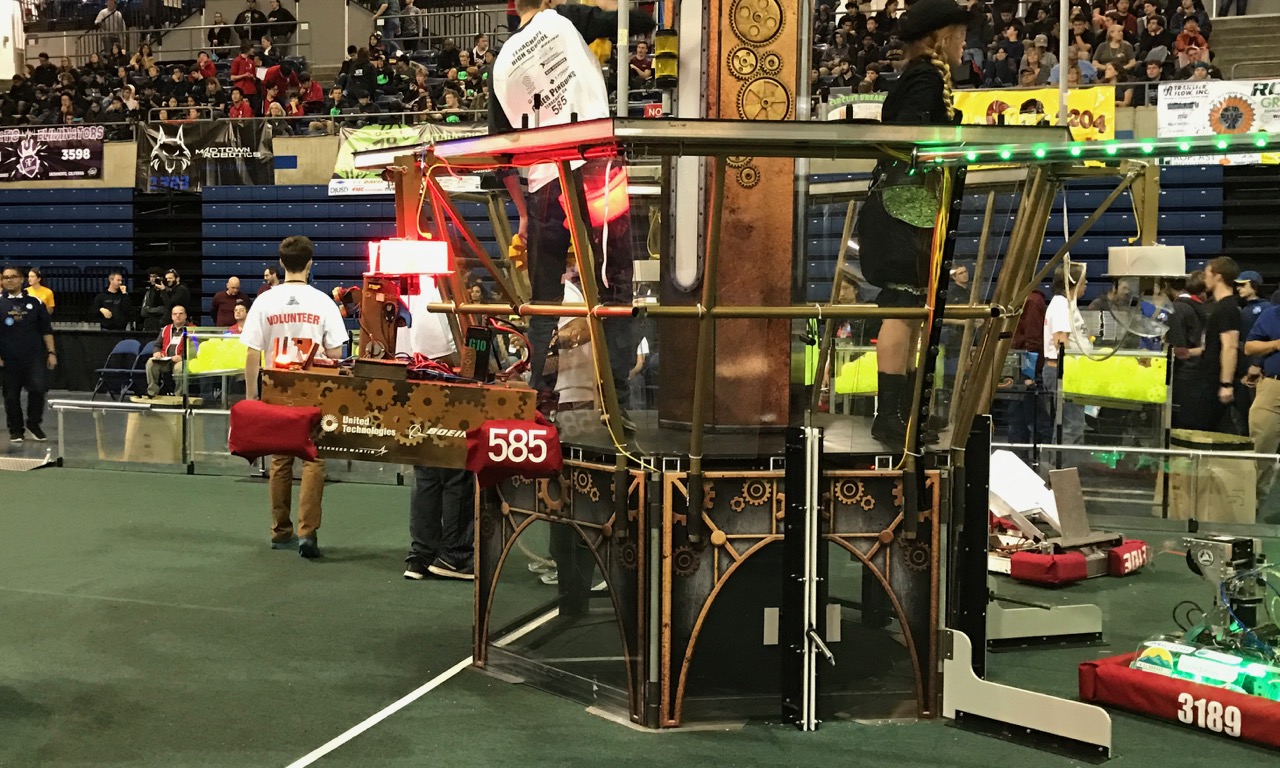 On each side of the field there is a boiler, robots can shoot fuel into the boilers to gain points. There is a low and a high goal, with the high goal being harder to score in, but also giving more points. fuel can be found in hoppers at the sides of the field or from the alliance station. 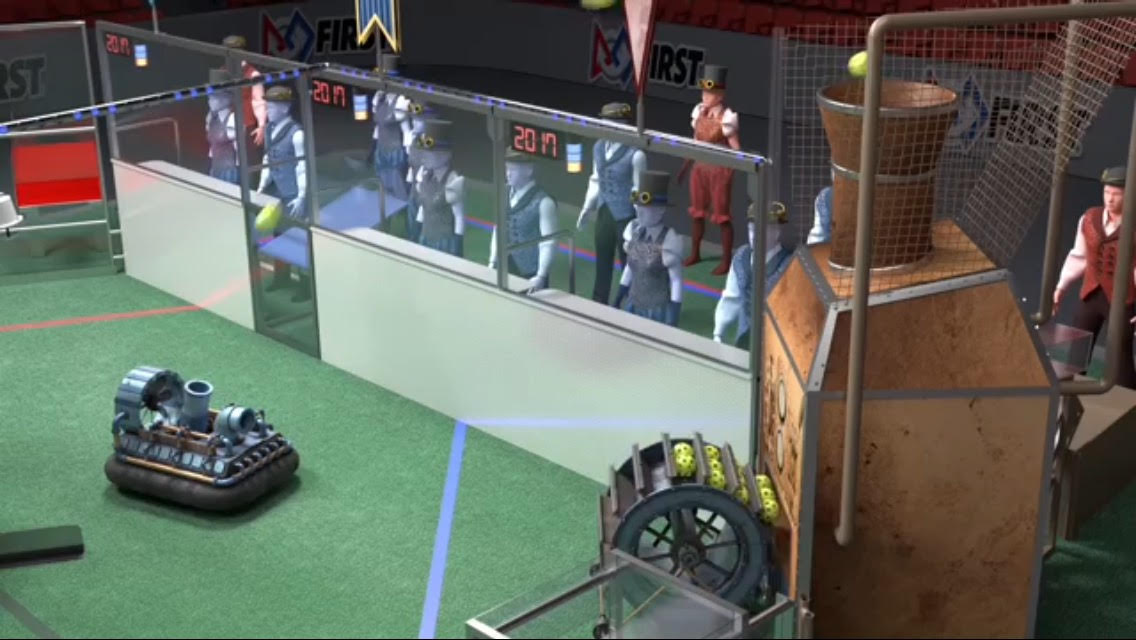