FIRST stands for For Inspiration and Recognition of Science and Technology, and is an American non-profit organisation. Their mission is to inspire young people to become science and technology leaders and innovators, by engaging them in exciting mentor-based programs that build science, engineering, and technology skills, inspire innovation, and foster well-rounded life capabilities including self-confidence, communication and leadership.

FIRST was founded in 1989 by Dean Kamen. He is a prolific inventor, entrepreneur, and tireless advocate for science and technology. His passion is to help young people discover the excitement and rewards of science and technology. For over 25 years, Kamen has resolutely led the growth of FIRST to where it is now universally recognized as the leading, non-profit STEM engagement program for kids worldwide. Dean Kamen himself said:

“FIRST is more than robots. The robots are a vehicle for students to learn life skills. Kids often come in not knowing what to expect – of the program nor of themselves. They leave, even after the first season, with a vision, with confidence, and with a sense that they can create their own future.”

This is what FIRST is really about, not to build the best robot and win games, but about the proces your going through as a team. And the most important thing is, like Dean Kamen already mentioned, that the robot is just a tool for developing your skills, like: working as a team, designing, building and programming a robot, enthuse other people for technology and to pass on knowledge.

And there is a new competition created to emphasize that all the countries around the world should work together to solve world problems. This olympiade is called: FIRST Global Challenge 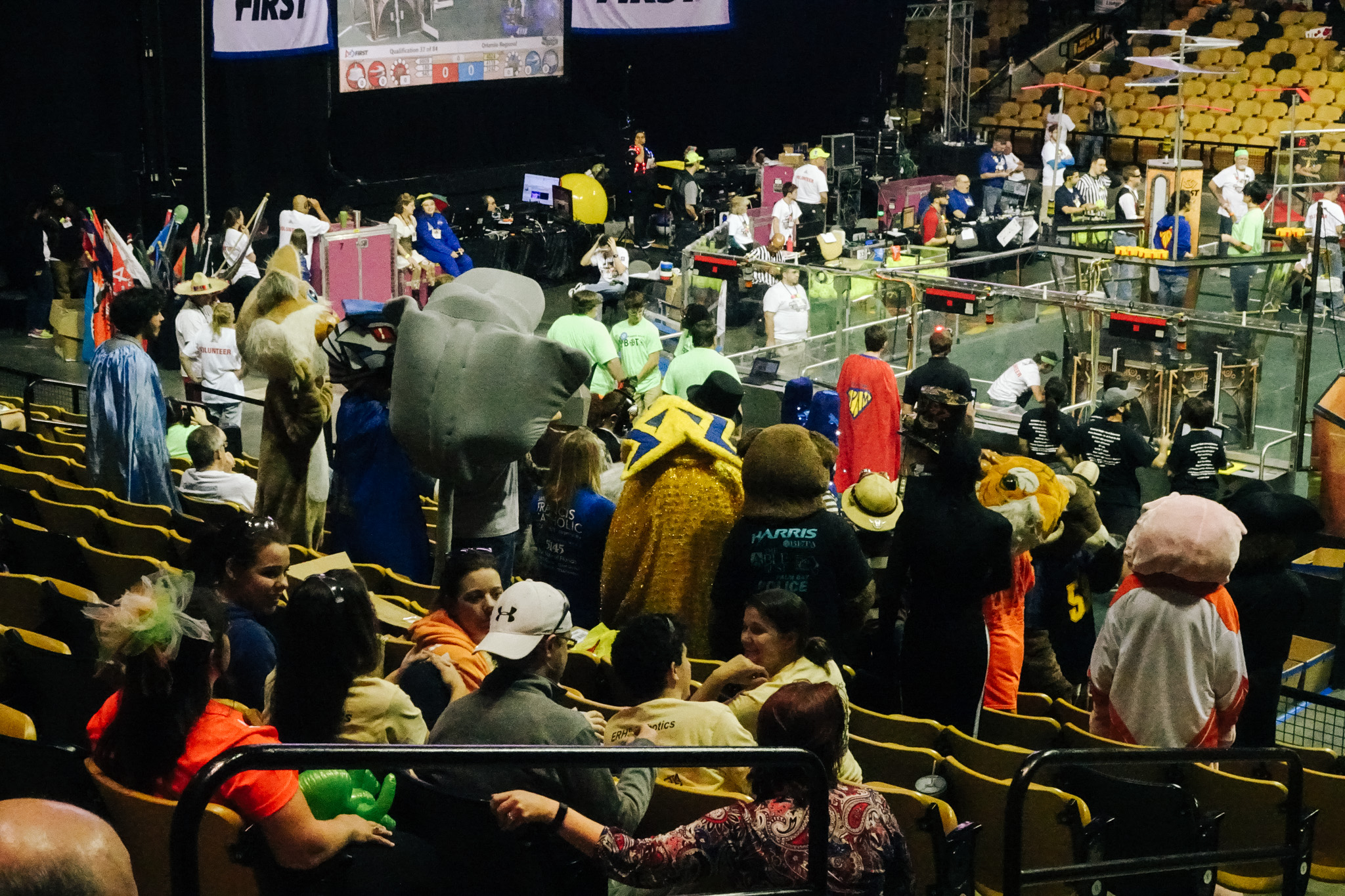 Beneath here we will explain you some more about the FIRST Robotics Competition in which we are competing. Do you want to learn more about our participation in the FIRST Global Challenge? Click here

The First Robotics competition is an international annual robotics competition. Teams consist of high school students, coaches and mentors. The minimum age to participate is fourteen and you become a mentor when you pass the age of eighteen. Each year teams compete in a different challenge, challenges can vary from tasks such as scoring balls into goals, hanging on bars, and balancing robots on balance beams. The robot is build during a six-week period. Every team is given a standard kit of parts, but they are also allowed to make or buy specialized parts. In addition to the on-field competition, teams compete for awards recognizing entrepreneurship, creativity, engineering, industrial design, safety, controls, media, quality and exemplifying the core values of the program.

Even though it’s a world-wide competition most teams reside in the United States. But still more and more teams join to spread FIRST. Countries like Canada, Israel, Australia and Mexico are also contributing a significant amount of teams. Most Regional and District Competitions are held in the United States as well as the World Finals being held at the FIRST World Championships in both Detroit and Houston.