The first FGC game was pretty simple. There were only two parts of the competition and one of them was only available during the end game. Because of this the obvious choice was to interact with the particles as a priority, but we also found that the amount of points you gain from climbing was definitely worth it. So we started with building the drive train and intake, followed by the climbing system and in the end we build our sorting system. The robot is 46 by 42 by 50 cm. 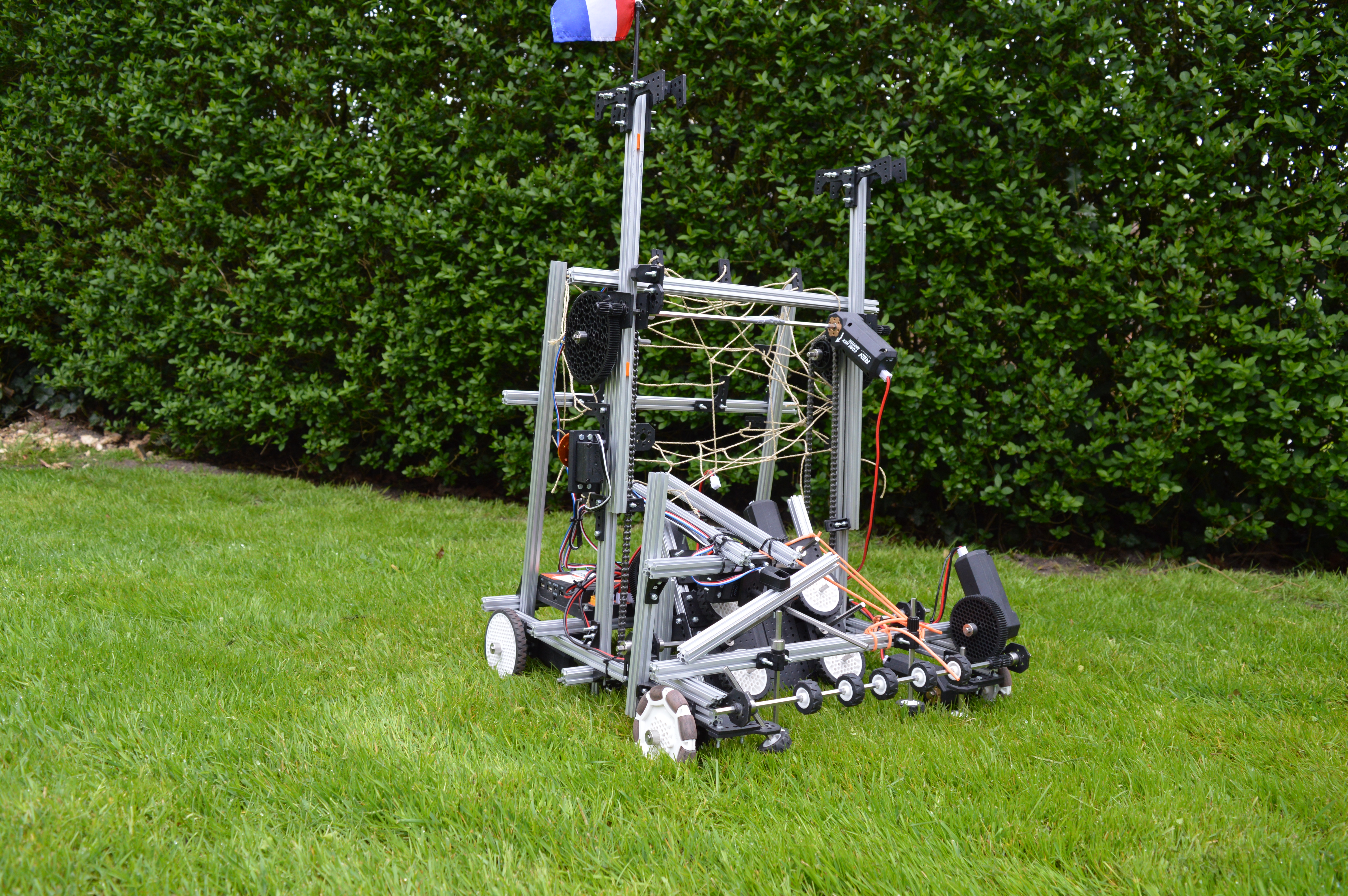 Our drivetrain uses two traction wheels in the back and to omni wheels in the front. This makes us very maneuverable, but it’s a lot easier to implement than mecanum wheels. Because of this it was perfect for us, as we decided that a fast robot would be better in this game, but we had very little time to build the robot.

For our intake we used a line with wheels, which pulls the particles in by rolling around at 7 cm above the ground. Once the particles are in the robot, they will be transported to the ball reservoir by four diagonal wheels. 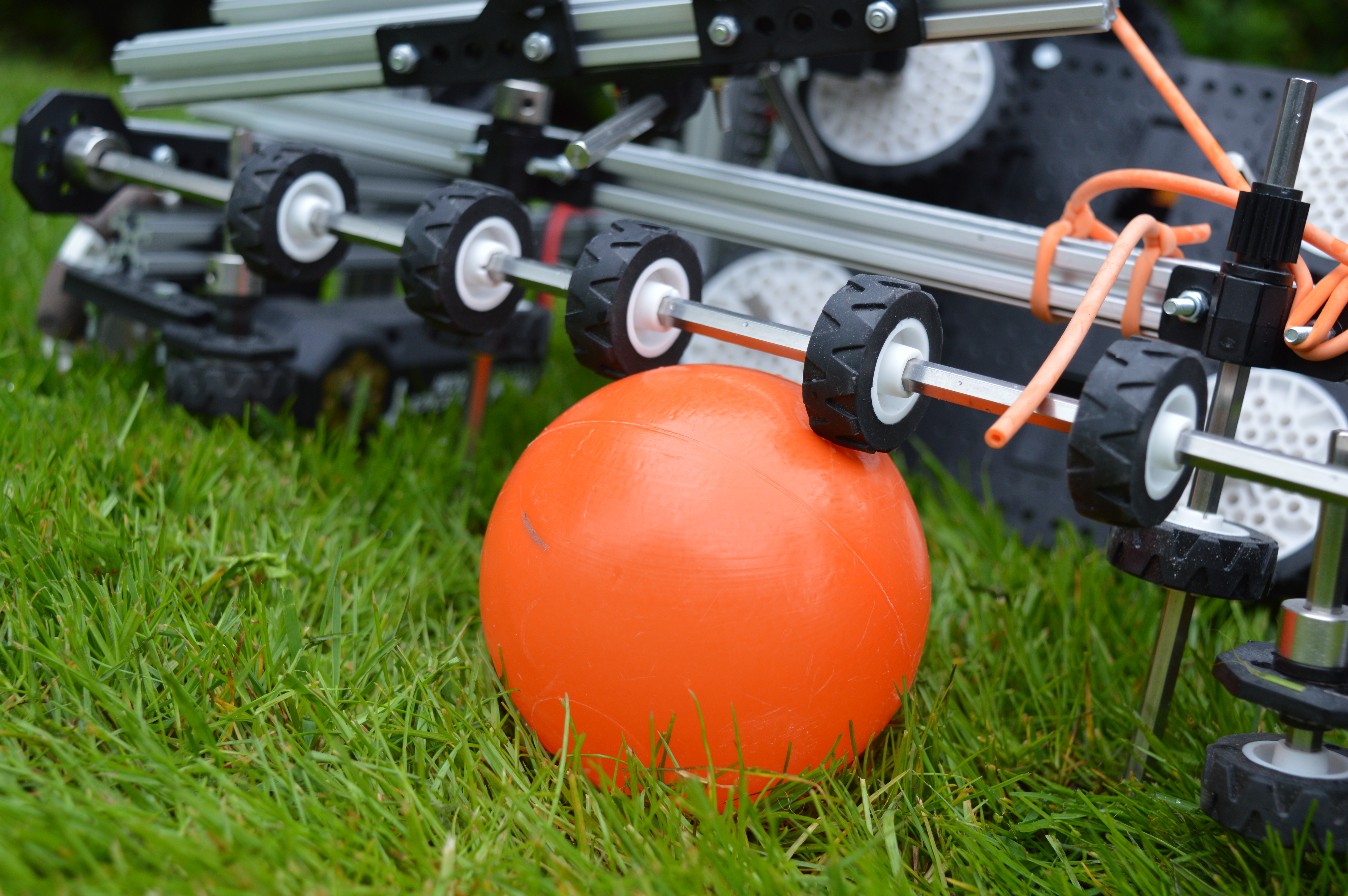 After the particles are collected we use a servo to open a lid to let the balls out. They then roll down onto a colour sensor, which sorts the orange balls from the blue balls. This way we make sure we don’t put contaminated particles into the water reservoir. 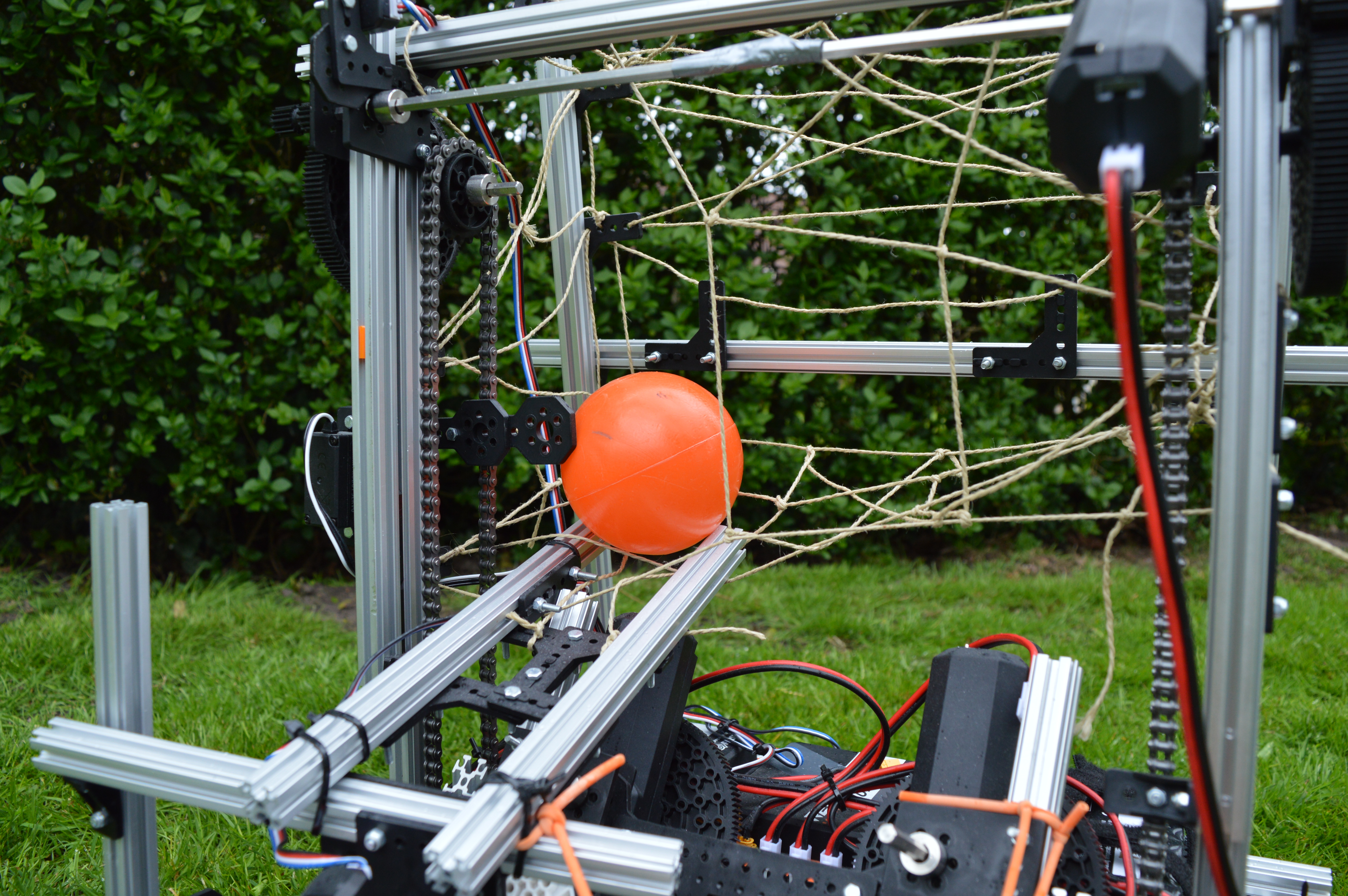 For our climbing system we used a forklift like system which is very simple to implement. It has two hooks, which are attached to two extendable poles. The hooks work on both sides. This means that we don’t have to turn to climb. Because of this we can climb very stable, fast and reliable. Apart from a game were we lost connection, we managed to climb in all of our matches. 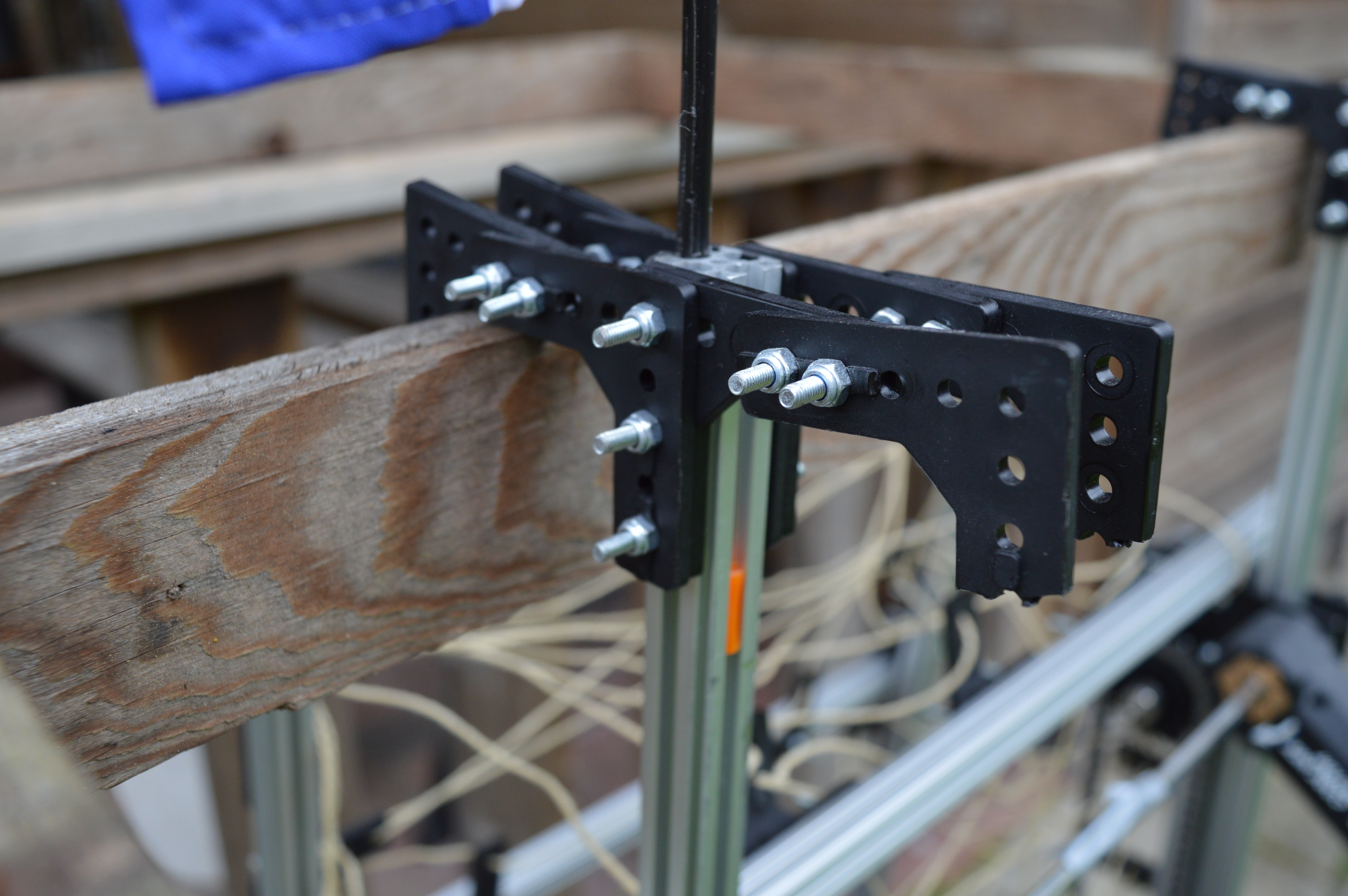 Given the time, we’re pretty happy with our results. We ended in a respectable rank and scored a good amount of points in most games. The climbing system works almost everytime and at the end of the competition we managed to finish our sorting system. Next year we’ll try to make an even better robot and compete for a higher rank.