Competing in the first edition of the FIRST Global Challenge was an amazing experience for us. A while after the FRC season had ended we were asked to represent the Netherlands. Even Though we were asked very late we did our best to build a strong robot. 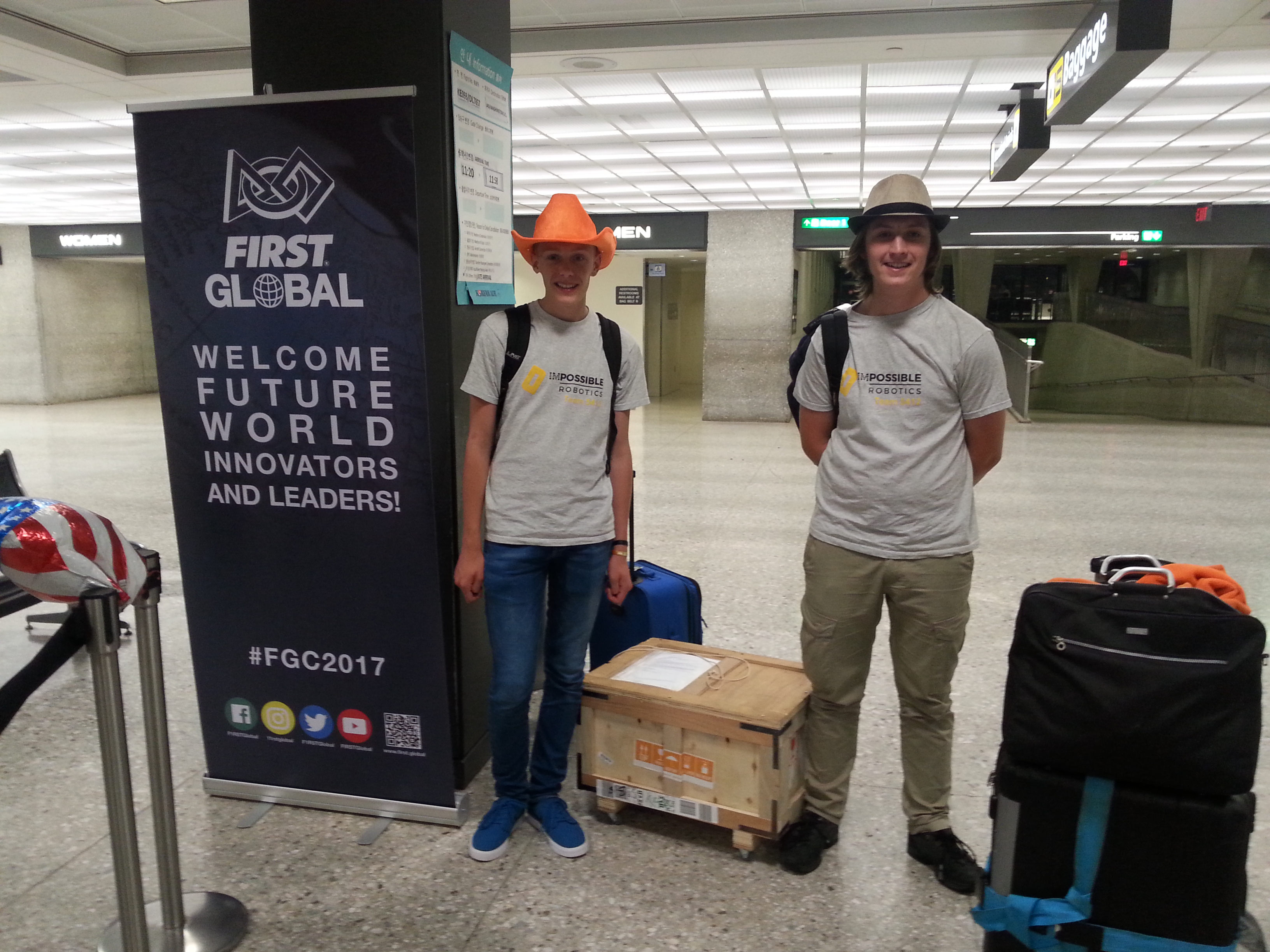 The FGC is similar to the FRC in a lot of ways, but it still has some noticeable differences. The game is less complicated to make it accessible to everyone. You are only allowed to use parts from the robot kit to build your robot. Overall it’s more comparable to the FIRST Tech Challenge. It is also designed for smaller teams, with a maximum of 10 members, from the age of 14 to 18. 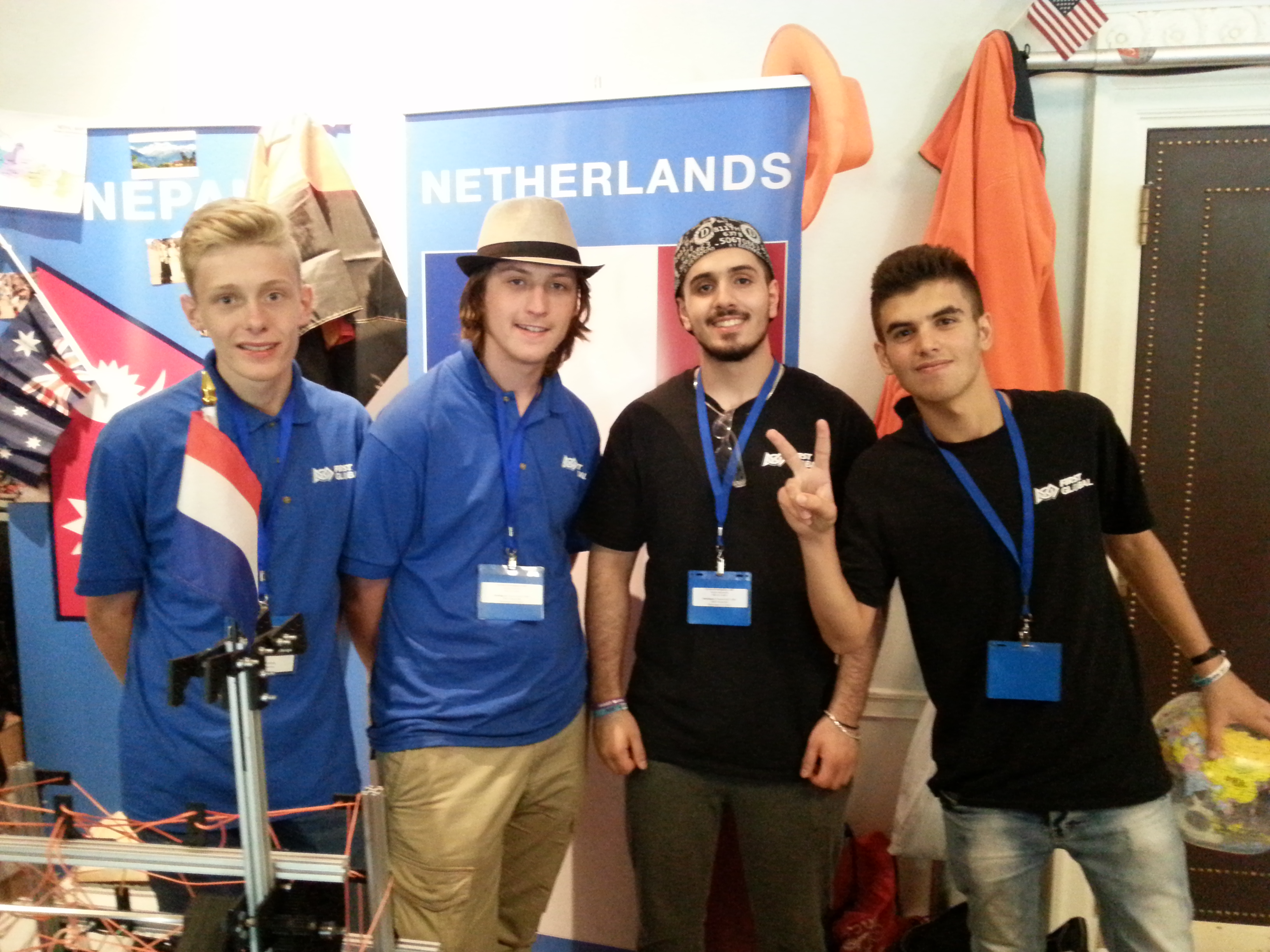 Because of this, the FGC was great to give our newest members some more experience. Were the step from FLL to FRC is pretty big, the FGC (similar to the FTC) allowed our newer members to make this step a lot easier. They could do a lot more on their own, like designing and building parts of the robot, as well as big parts of the programming. These experiences will help them in the coming seasons. 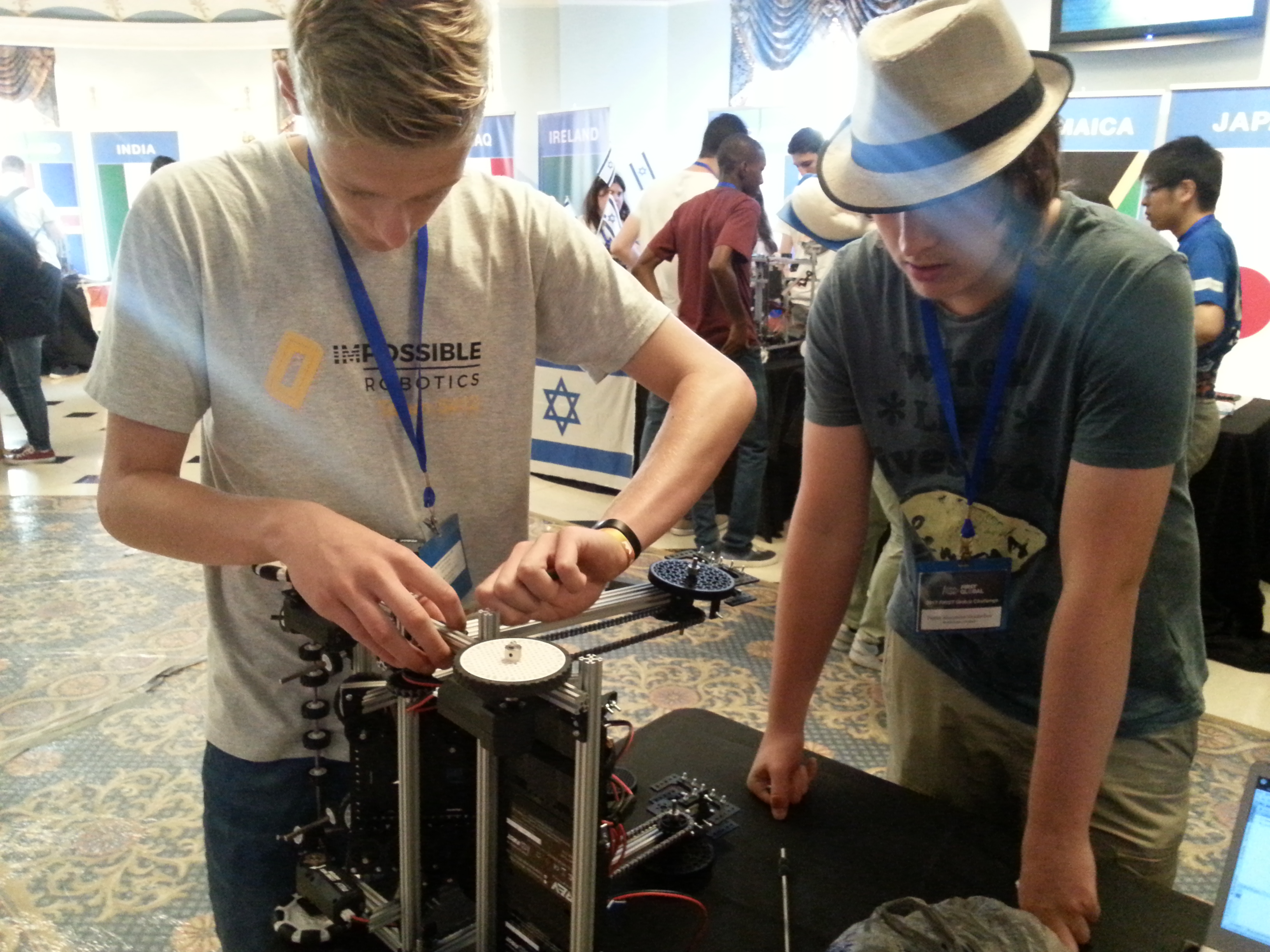 The competition was held in Washington and we could only go with our coach and two of our members. Each team had to choose a team captain and a spokesperson. As we only had two members at the competition, the team captain was more a symbolic role. But the spokesperson had to do interviews with varying media. Which was a very useful experience. 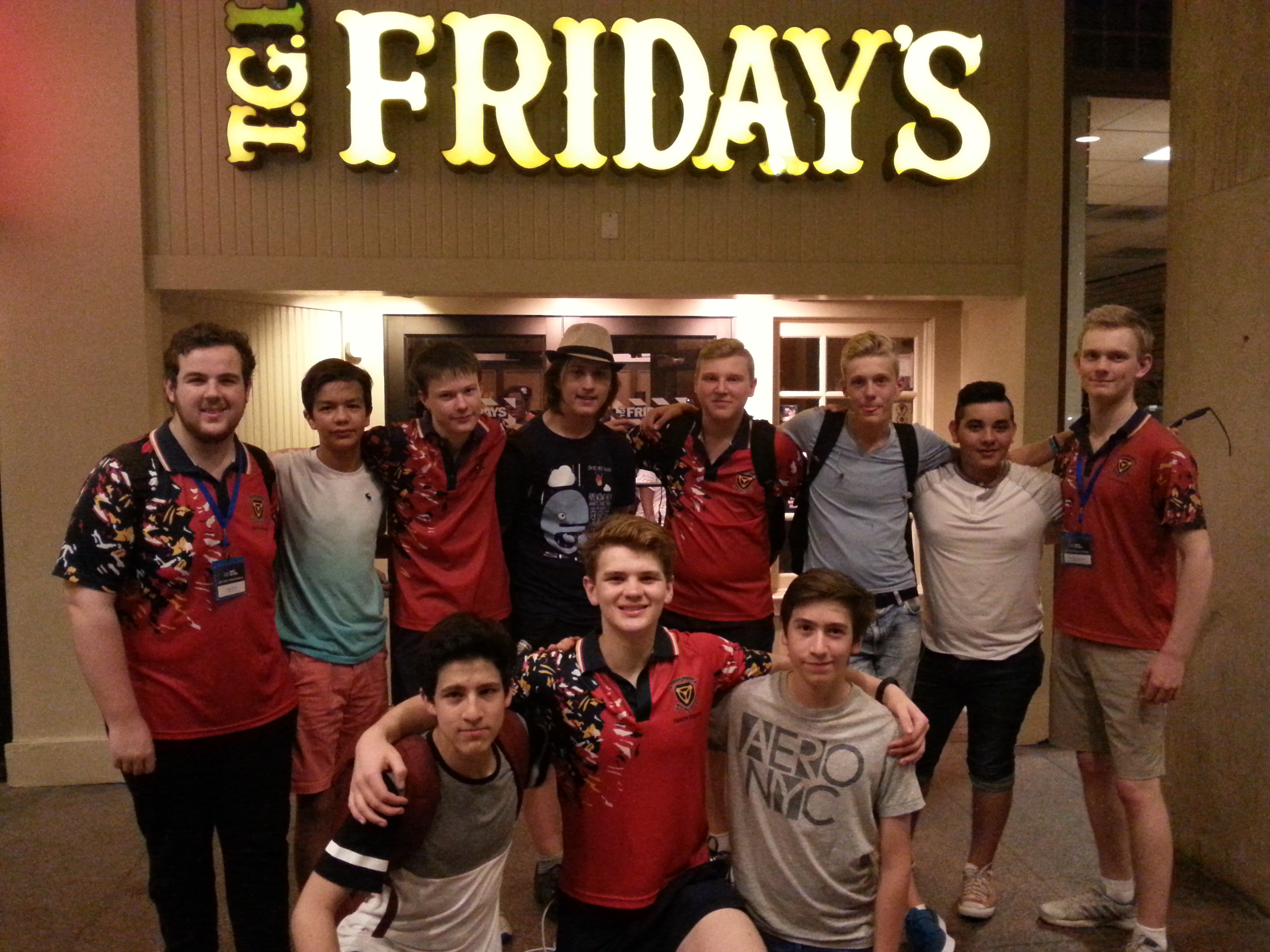 We also used this competition to try some things with the robot. We build a drivetrain that we hadn’t used before and we made use of a color sensor to sort the particles. You can find more information on our robot here. 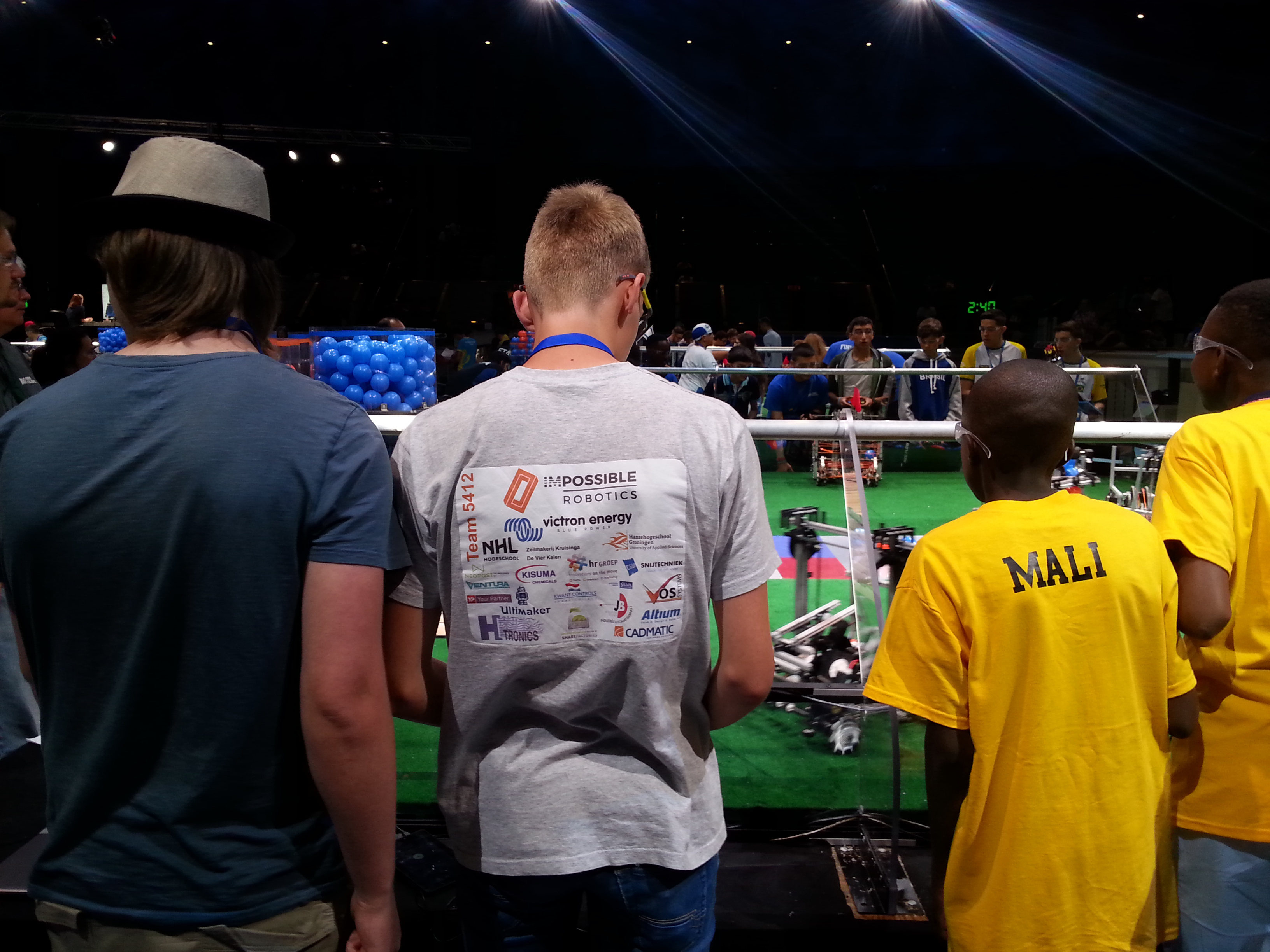 It was incredible to be a part of the first edition of the FIRST Global Challenge. We hope to see all the people we met at the competition soon en we’re looking forward to the coming seasons!