The 2019 FRC challenge is called Destination: Deep Space. Deep Space has three main game elements: the rockets, the cargo ships and the habitat. The game starts with a 15 seconds sandstorm phase, during which all direct vision of the field through the driver station is blocked by a black screen. To control the robot teams must either work with a camera attached to the robot or use a beforehand programmed autonomous mode. 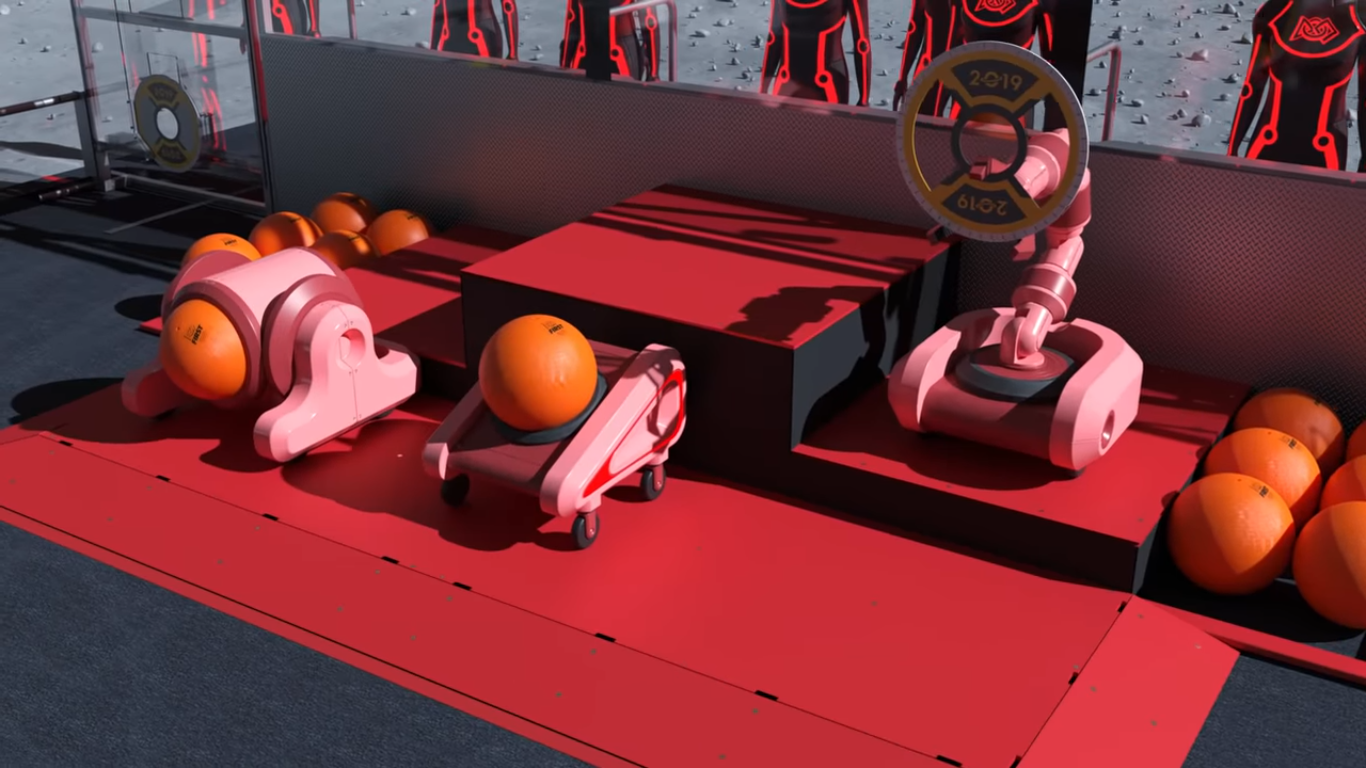 During the game, teams earn points by putting cargo in the rockets or the cargo ship on their side of the field. As well as putting Hatch panels on the corresponding places on the rockets or the cargo ship. A total of twenty panels are available to be placed at any time of the game. Each panel is worth two points, leading up to a maximum of 40 points. There are twenty pieces of cargo, each worth three points. Cargo can only be placed after the corresponding panel has been placed.

Earning at least fifteen points during the endgame will earn you a ranking point. Up to two additional ranking points can be gained by completing one or two of the rockets. Teams also gain one ranking point for a tie and two for a win.

For anyone that wants more information, there is a game manual.
Password: $Robots&in#SPACE!!